Home / Who are we? / Dr Michael Craig

I obtained a BSc(Hons) in Human Biosciences from Northumbria University (2010) and an MRes in Neuroscience from Newcastle University (2011) before completing a PhD in Psychology at the University of Edinburgh (2015). Following the completion of my PhD, I joined the Psychology Department at Heriot-Watt University in as a Postdoctoral Research Associate working in the Memory Lab. In November 2016, I was awarded an Alzheimer’s Society Junior Fellowship to conduct a research project investigating the neurocognitive basis of severe forgetting in Alzheimer’s Disease. In August 2019, I combined my Postdoctoral Research Fellow activities with teaching duties by taking on a part-time Assistant Professor role in the Psychology Department. In the 2019/20 academic year, I will contribute to the delivery of the following courses: Introduction to Psychology 1, Introduction to Psychology 2.

I am interested in memory and related functions in human health and disease. My research investigates a variety of questions including: How does memory change as we grow older and in Alzheimer's Disease? How are new memories processed in the brain? How do different post-learning conditions (e.g. quiet rest, being busy) affect the early processing and transformation of new memories? How do we find our way in new and familiar environments? Are there differences in memory functions between hearing and deaf individuals? To do this, I use a range of behavioural and electrophysiological methods, including electroencephalogram (EEG) brain activity recording, sensitive memory measures, neuropsychological tests, and virtual reality. The ultimate goals of my work are to provide new insights into memory in human health and disease in order to develop new diagnostic tools / measures of disease progression (e.g. for Alzheimer’s Disease) and safe, low-cost interventions to support those with and without memory problems to live as healthy and independently as possible, for as long as possible.

2018:       £2,100 – Alzheimer’s Society Undergraduate Bursary (PI): Funding awarded to support an Undergraduate student with a passion for dementia research to receive training in experimental methods and contribute towards an ongoing research project investigating the neural basis of memory consolidation in human health and disease.

2016:       £2,000 – Alzheimer’s Research UK Scotland Network (PI): Grant awarded to support a project examining the suitability of immersive virtual reality as a tool for cognitive assessment and intervention in Alzheimer’s disease. 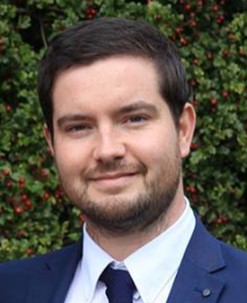